When you think of vineyards, where does your mind naturally wander? Piedmont and Burgundy are two obvious candidates or perhaps the Napa Valley. But what about Finland or floating vineyards in Thailand?

Although these areas of the world aren’t renowned for their grape-growing heritage, they do offer incredible insight into the resilient spirit of grapevine. Here are nine of the weirdest wineries we’ve come across and a look at some of the wines they produce:

1.    The volcanic vineyards of Lanzarote

You may already know Spain for its high-tannin red wine, Rioja. But over in the Canary Islands, they’ve made use of the volcanic landscape to cultivate a far sweeter variety of grape.

Grown in the fine, ash-covered soil of La Geria, Lanzarote, the Malvasia grape makes up around 75% of the island’s wine production. While the arid climate initially proved an issue for vine-tenders, the porous volcanic rock actually allows a method of dry cultivation known as ‘enarenado’.

2.    The vertiginous vineyards of Argentina

Although elevation is necessary for viticulture, The Colomé estate in Salta, Argentina has taken things a step further. Set 3,111m above sea level, this mountainside vineyard produces a dizzying number of wine varieties.

Pinot Noir and Chardonnay vines dominate the landscape, but dotted amongst them are hectares of Sauvignon Blanc, Malbec, Syrah and Merlot. Fluctuating seasonal temperatures ensure slower grape maturation. If you’re a fan of tannic, low acidity wine, the five-hour journey from Salta might almost be worth the trip.

3.    The nuclear power plants of Finland

Yes, that’s right, vineyards with roots in the Arctic Circle. In fact, the 0.1-hectare vineyard on Olkiluoto Island, Finland is the most northerly vineyard in the entire world. And it’s all thanks to nuclear power!

Most of the Olkiluoto Nuclear Power Plant’s residual water is piped into the Baltic, but the company use a small portion to heat the soil where 850kg of Zilga grapes grow. As far as we’re aware, the wine shows no sign of radioactivity, though this certainly is a challenger for weirdest winery ever.

4.    The graveyard grapes of California

California has no shortage of spectacular wineries. Yet, Bishop’s Vineyard in Oakland stands out for a whole other reason. What started off as a bit of graveside decoration, has quickly blossomed into a fully-operational winery.

Among the headstones, The Holy Sepulchre Cemetery planted a wide variety of grapes, including Cabernet Sauvignon, Pinot Noir, Chardonnay and Zinfandel. Though grown in somewhat morbid conditions, the combination of Californian sun and fertile soil has seen the vineyard thrive. At least the budget for Holy Communion is no longer an issue.

You may have heard that warmer weather can lead to richer, more tannic wines. But what about grapes that grow in the desert? In Morocco, the experiment is well under way.

The owner of Le Domaine du Val D’Argan in Essaouria has created a vineyard that thrives in the arid heat. His mission was to replicate the conditions of the Rhone Valley on African soil and in many ways he has pulled it off. The vineyard’s climate produces wine similar to the varietals of Chateauneuf du Pape.

If you pay Le Domaine du Val D’Argan a visit, be prepared to tour the vines by camel.

6.    The ‘floating vineyards’ of Thailand

Has there ever been a more magical-sounding combination of words? While the vineyards at Siam Winery, Thailand may not actually float on water, they are as close to the real deal as you can imagine.

Separated by canals, it takes a skilled boatman or acrobatic pole-vaulter to access the vineyard’s many islands. The wine produced here is known as Monsoon Valley and is fermented from either Shiraz, Chenin Blanc or the local White Malaga and Red Pok Dum grapes.

Canadians are infamous for root beer and Tim Horton coffee. But did you know they are also fine wine connoisseurs? The Ice House Winery in Niagara serves some of the best ice wines in the world, using grapes traditionally seen in continental Europe.

The Canadian summers are ideal for ripening varieties of Vidal and Riesling grape. Of course, it’s the winters that give ice wine its name. Harvested at temperatures of -8°c, the grapes are then left to ferment for six months, producing wines with high levels of acidity and alcohol and a deep, red berry flavour.

Although strong sunlight is an essential component of great-tasting grapes, too much can disrupt the growing cycle of the vines. This is the problem vine tenders face on the island of Rangiroa, Tahiti. The island’s equatorial climate means there is never a definitive cold season, so instead, the winery dictates the vines’ cycle through two harvests in May and December known as the austral summer and winter.

Irrigation is also an issue in a vineyard surrounded by salt water. The winemakers’ ingenious solution is to dig wells at the vineyards lowest point, which reach the groundwater beneath. So are the results worth the effort? Vin de Tahiti is revered among locals and features soft tropical notes such as banana, pineapple and mango. We’ll let your palette be the judge.

9.    The urban viticulture of Vienna

Asides from the occasional patch of parkland, the city tends to be void of thriving plant life. Not so in downtown Vienna. No less than 700 hectares of vineyard infiltrate the cityscape, the majority producing white wine varieties.

Amongst the grapes grown are Chardonnay and Riesling, as well as the native Grüner Veltliner. With over 630 wine producers in Vienna, the city is rightfully referred to as the Wine Capital. Although viticulture has migrated towards the city’s outer districts, there were once vineyards in its inner circle too.

Enjoy the weirdest wineries from your own front room

A good wine transports you to the region it grew in. These nine exotic wineries are a testimony to the diversity and specificity of the grape. Of course, it’s not always practical to climb a mountain or cross an ocean to taste new wines. Instead, step out of your comfort zone and buy bottles that have been carefully selected from some of Europe’s less prominent vineyards. 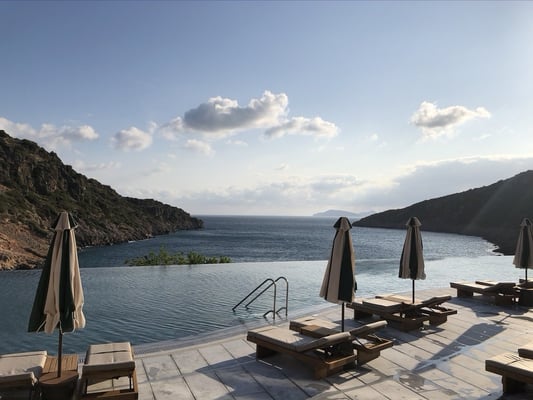 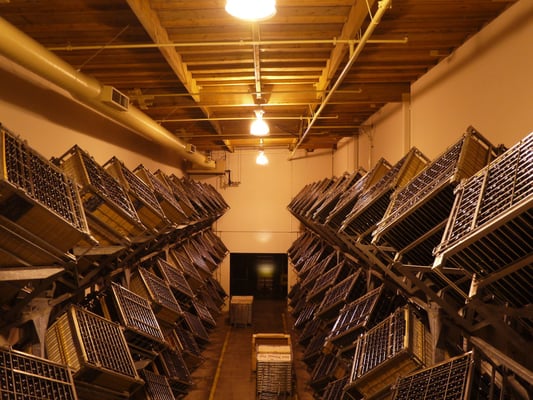 How sparkling wine and Champagne get their sparkle

With the festive season going on and the New Year approaching, our minds naturally turn...